Lenovo ThinkPad P1 Gen 2, Intel Xeon E-2276M Powered Workstation Laptop – Lenovo Indonesia seems not only to target the consumer and gamers segments, but also to target the workstation market. The Chinese manufacturer presents Lenovo ThinkPad P1 Gen 2 laptops for the serious worstation segment and professionals who need high performance with compact dimensions to support mobility. The main advantage of ThinkPad P1 Gen 2 laptops is that it uses a workstation or professional grade processor and graphics that are tempered with ECC (Error Corecting Code) featured RAM.

The performance offered by Lenovo ThinkPad P1 Gen 2 is quite high with the support of the professional class processor Intel Xeon E-2276M Coffee Lake HR generation which is matched with a workstation graphics from the powerful Nvidia Quadro T2000. This combination makes this Lenovo mainstay laptop capable of handling ISV (Independent Software Vendor) applications that are used by professionals. Not only that, Lenovo ThinkPad P1 Gen 2 is also equipped with complete security features to protect data and user privacy. 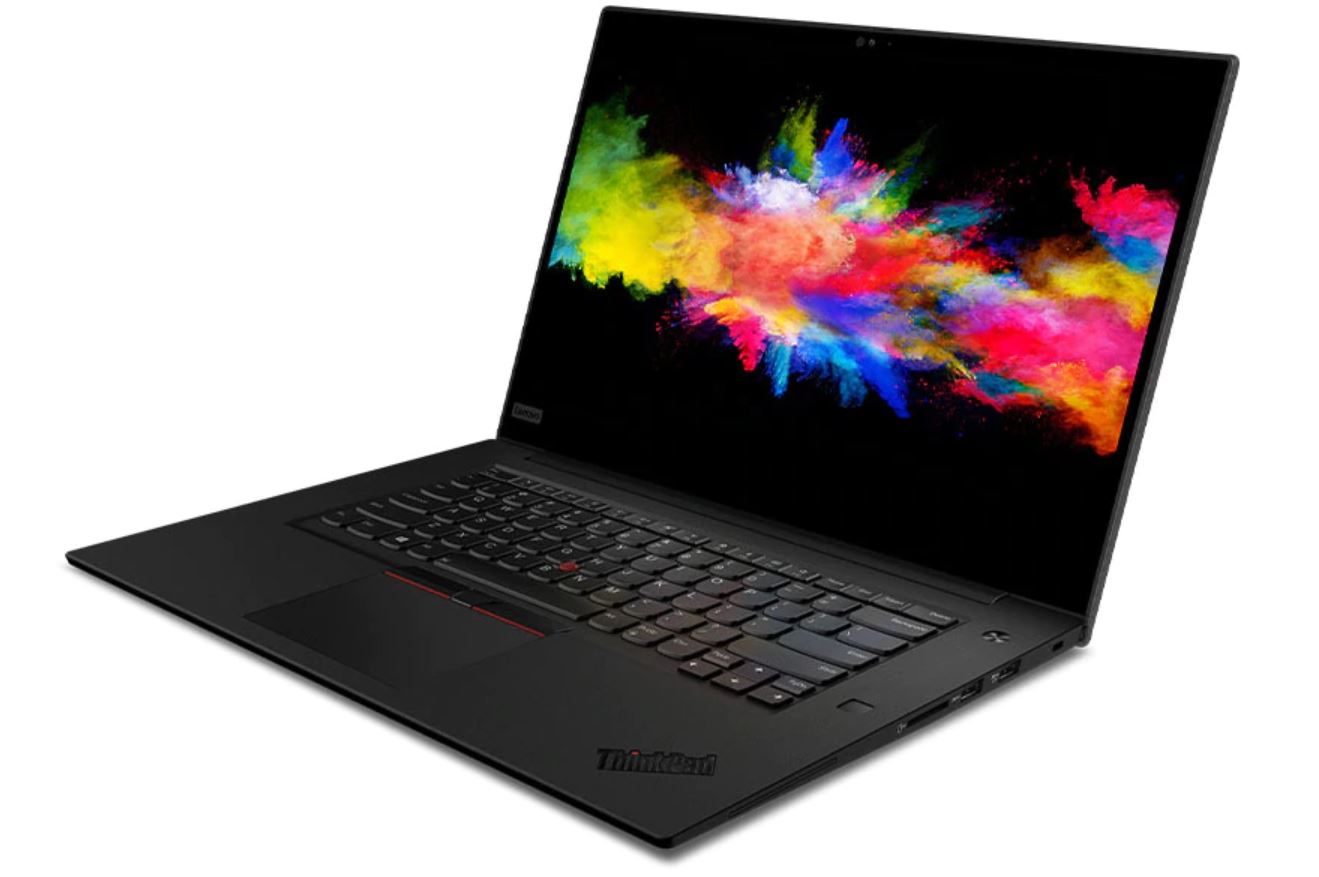 Lenovo is armed with a powerful ThinkPad P1 Gen 2 laptop workstation with a 15.6-inch screen that uses IPS (In-Plane Switching) panel supported by LED (Light Emiting Diode) backlight with full HD 1920 x 1080 pixel resolution that is capable of producing wide viewing angles, sharp, and ready to spoil the eyes thanks to the Dolby Vision HDR and HDR 400 features that it carries.

Not only that, the screen that is carried by the Lenovo ThinkPad P1 Gen 2 workstation notebook is equipped with anti-glare facilities. This professional laptop screen is capable of emitting a 72% NTSC color spectrum for color accuracy and is able to produce a screen brightness of up to 500 nits. Unfortunately, the screen of the ThinkPad P1 Gen 2 laptop workstation is still not carrying the current thin bezel design.

The performance offered by the Lenovo ThinkPad P1 Gen 2 workstation laptop is quite competitive by relying on the support of the Intel Xeon E-2276M workstation class processor with the 9th generation Intel Core architecture codenamed Coffee Lake HR which carries hexa-core or 6-core running with a speed of 2.8GHz with a maximum of 4.7GHz TurboBoost and ditandemkan with 16GB DDR4 RAM memory capacity with a speed of 2666MHz ECC which can still be upgraded to a maximum of 32GB.

Based on the information that Laptophia received, the Nvidia Quadro T2000 is a Turing architecture-based graphics workstation with a TU117 chip relying on 1024 shader cores with a speed of 1575MHz with Turbo 1785MHz combined with 64 TMUs, and 32 ROPs. The Quadro T2000 graphics card used on the Lenovo ThinkPad P1 Gen 2 is mated to an 8GHz 4GB GDDR5 VRAM memory with 128-bit memory interface.

One of the advantages of the Lenovo ThinkPad P1 Gen 2 laptop workstation is that it has been optimized and pocketed certification from various ISV applications, including 3dsMax, ArcGIS, AutoCAD, CATIA, Creo, Decision Space, Inventor, Maya, Microstation, NX, PDMS, Petrel, Revit , Solid Edge, SolidWorks, Vectorworks, and so on.

Notebook workstation Lenovo ThinkPad P1 Gen 2 made by vendors from China has been equipped with the original Microsoft Windows 10 Pro x64 operating system pre-installed in it, so users do not need to buy a license and install the OS again.

Not only that, Lenovo has provided its flagship WE65 9TJ 017ID workstation with its 80Whrs Li-ion 4-cell battery which is claimed to last up to 13 hours of normal use, such as information that Laptophia received. This workstation laptop also supports the Rapid Charge feature which is able to charge quickly.

The audio capabilities of the Lenovo ThinkPad P1 Gen 2 workstation laptop are fairly qualified to enjoy multimedia content with stereo speaker support that is ditandemkan with Dolby Atmos audio technology. This laptop is also supported by a workstation keyboard with a single white backlight to support the comfort of content creators.

You might like:Review Asus Zenbook 14 UX434FLC, Compact Ultrabook with ScreenPad 2.0

Huawei Mate 40 Speaker is similar to Mate 20X, when will it be released?

The latest HUAWEI nova will soon land in Indonesia