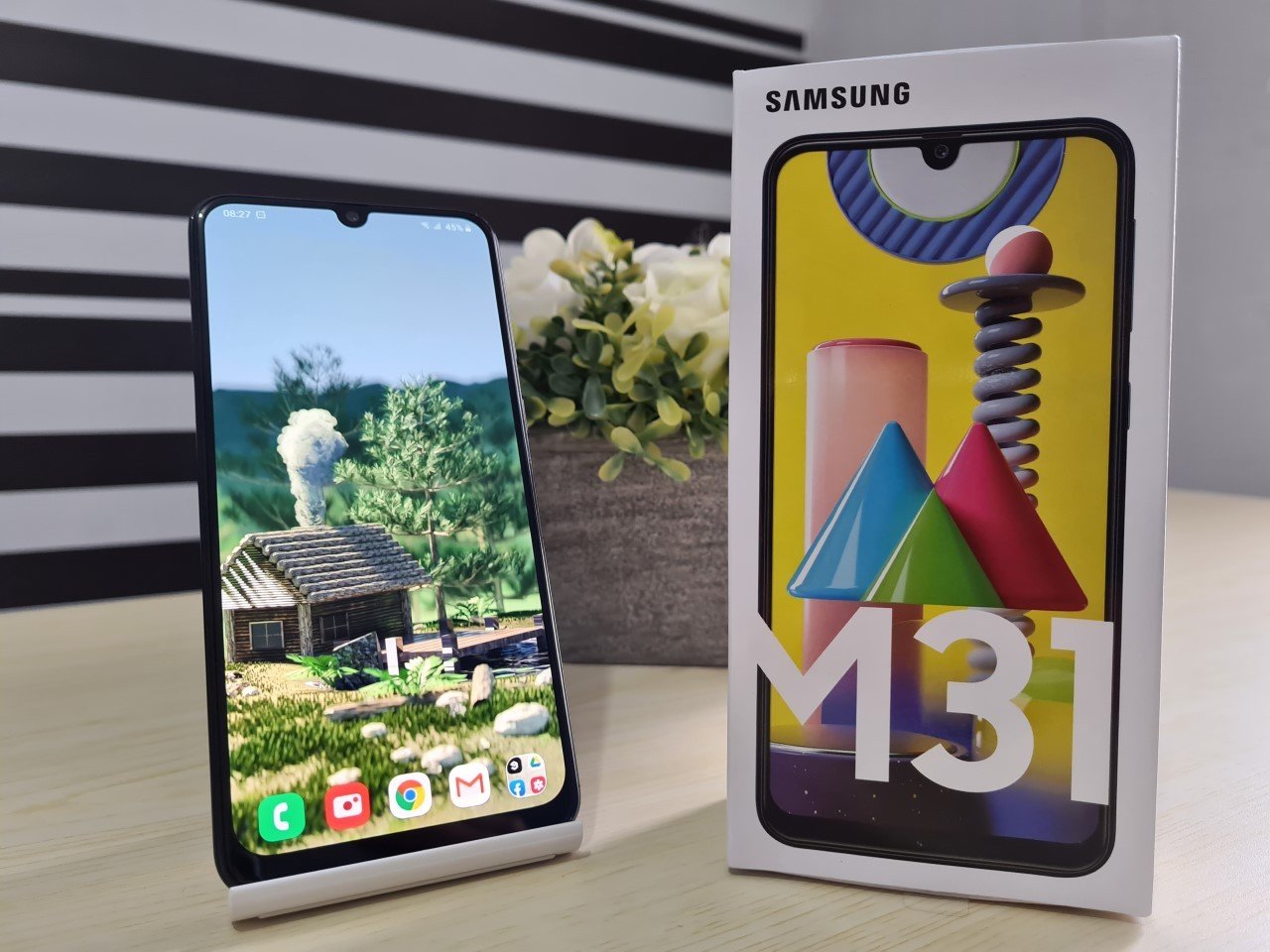 Samsung has been increasingly aggressive in releasing new phones both in the entry and middle classes. The Galaxy M30 series alone has had 3 generations now in just 8 months with the newest generation Galaxy M31.

Galaxy M31 is actually not much different from its predecessor Galaxy M30s which both carry a large 6,000mAh battery. The difference is the Galaxy M31 presents 4 rear cameras with various functions.

With the price reaching Rp3,699,000, automatically placing Galaxy M31 in the middle class which is fierce in competition. Can the Galaxy M31 compete? 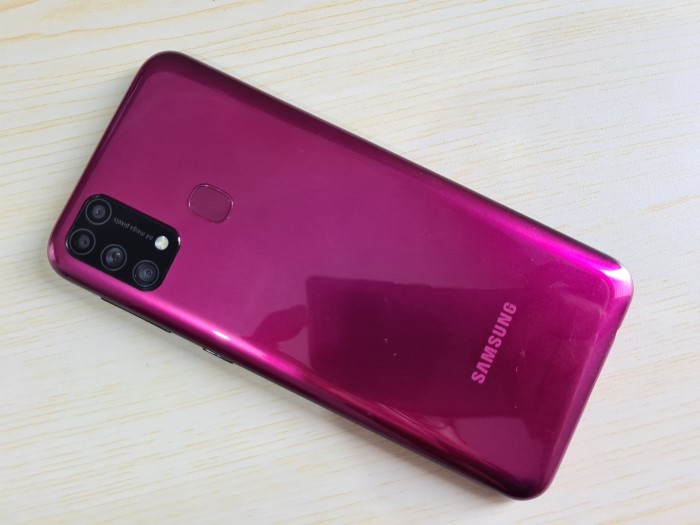 Galaxy M31 looks just normal like today's phones. The red variant in my opinion is more purplish red and also on the left and right sides of the cellphone the color is gradually blackened so that it blends with the front side of the phone.

The size of the Galaxy M31 in my opinion is a bit too big especially in terms of width and thickness of the phone. Plus the cellphone is rather heavy so it makes me feel uncomfortable when using the Galaxy M31 for a rather long time.

The screen area is thinly berbezel except at the bottom where the bezel is quite large and disproportionate when compared to the other side. The screen uses a dewdrop model to place the front camera.

On the side of the phone there are volume and power buttons, speaker holes, USB-C slot for charging, headphone jack, and combo slot 2 SIM cards and 1 microSD.

The back of the Galaxy M31 uses plastic material and unfortunately is easy to scratch if it does not use a casing. During testing the cellphone, I had “succeeded” in producing a fairly deep and long scratch on the back of the phone even though it had never been dropped or dragged hard.

A total of 4 rear cameras are positioned in a layout similar to Samsung's latest phones where the camera is placed on the top left side of the phone in a bulge. 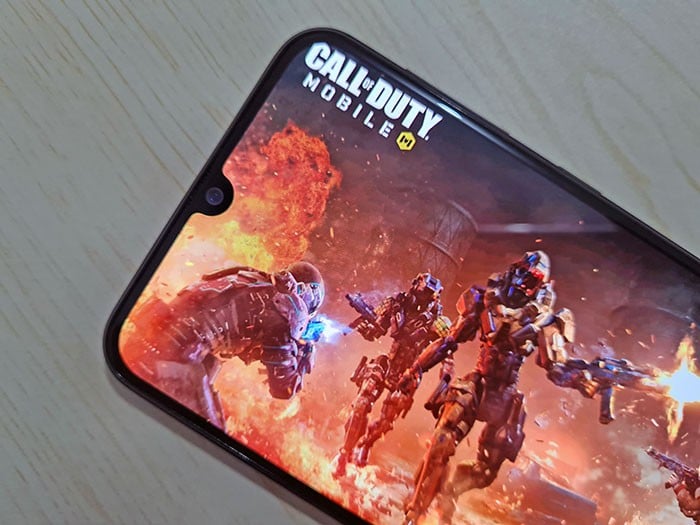 The Galaxy M31's screen is 6.4 ″ and uses Super AMOLED technology with a resolution of 1080 x 2340 pixels. The screen display is good and the screen brightness is bright enough to be used in the hot sun.

For the performance center of the cellphone, the Galaxy M31 still uses the same chipset as its predecessor, the Exynos 9611 chipset. The only difference is the 6GB RAM capacity on the Galaxy M31.

Galaxy M31 already uses the Android 10 operating system with a One UI 2.0 interface. The new One UI interface is more refined than the previous version and is far better in my opinion than the old Samsung interface.

In everyday use, I often find animation on cellphones looking not smooth. But once the overall performance is still ok for a 3 million mobile phone.

Interestingly, the Galaxy M31 is tough when used for playing games. Playing popular games on this phone with high graphic settings can still be smoothly played by me.

When tested using the AnTuTu testing application, the Galaxy M31 scored 187,199. Whereas in the Geekbench mobile app it scores 345 for single-core and 1,190 for multi-core.

For battery life the Galaxy M31 scored 14 hours 15 minutes when I tested the battery with the PC Mark application from a 100% battery level with the screen brightness level set to 50%.

On daily use alone I can use this cellphone with Screen on Time 8 hours 6 minutes until the battery touches 10% of the battery was fully charged. Using Galaxy M31 for 2 days without the need to charge the cellphone is very possible.

For charging the battery itself requires quite a long time by using the default charger which is 2 hours 16 minutes from the battery level of 15% to 100%. 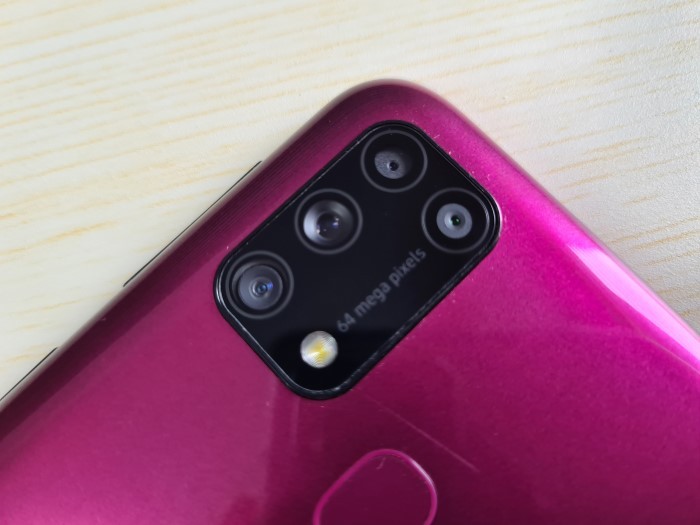 The camera on the Galaxy M31 has a total of 5 of which 1 camera is on the front of the cellphone and 4 cameras behind the cellphone, each camera presents different functions.

The rear camera consists of a 64MP main camera, a 5MP Depth camera for producing bokeh effects, a 5MP Macro camera for close-up photography, and an 8MP Ultra Wide camera for capturing wider photo areas. For the front camera itself 32MP resolution. 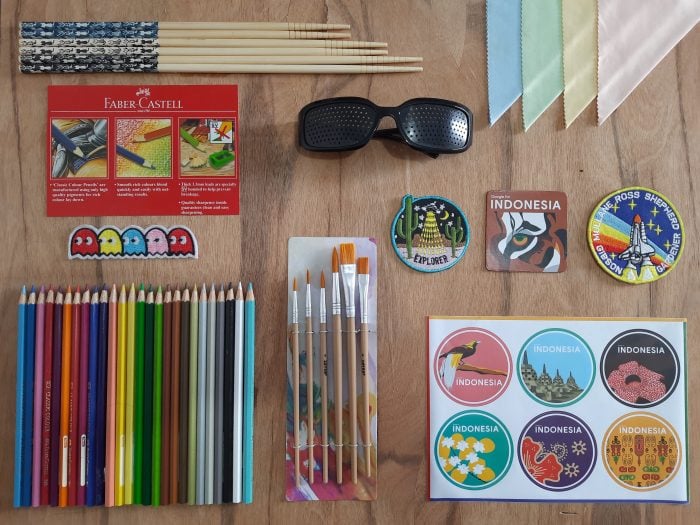 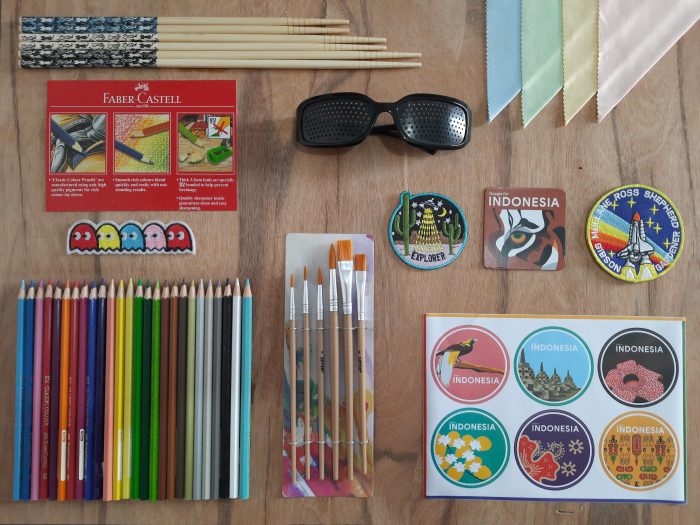 The main camera of the Galaxy M31 is able to capture details and colors well. By default the camera only produces photos with 16MP resolution which is the result of processing from a 64MP camera. If you want to produce photos with a resolution of 64MP, can be activated from the menu in the camera application, but only a slight difference in quality compared to the default mode. 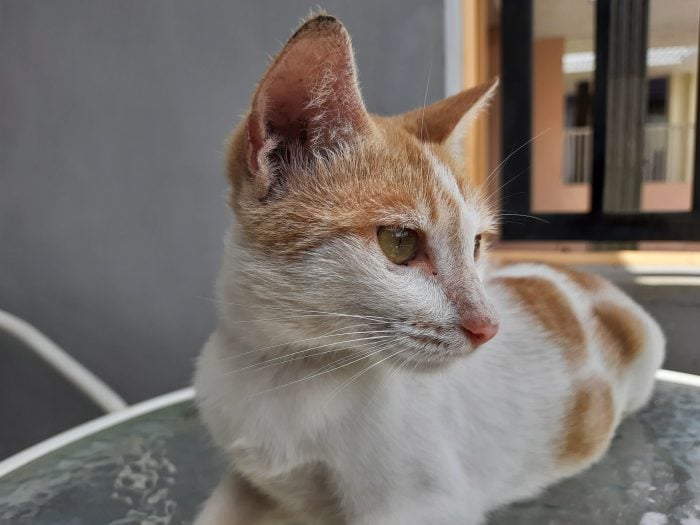 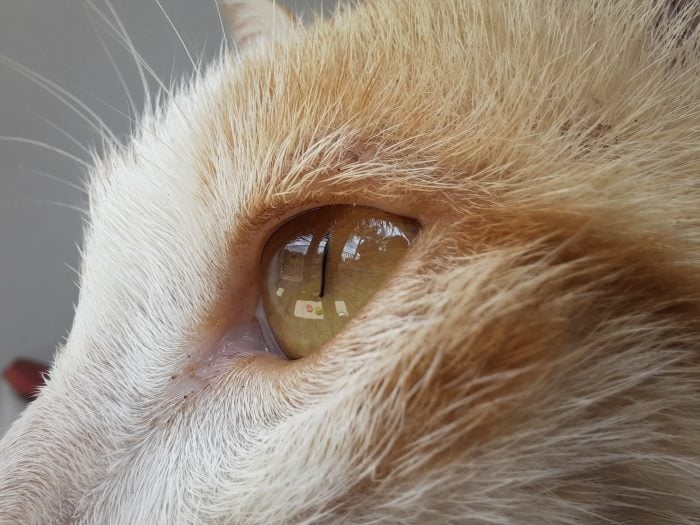 If you want to produce photos with bokeh effects, there is a Live Focus mode that uses the Depth camera on the Galaxy M31. Macro Mode is also available in the application with a quick and easy process of focusing and taking pictures. 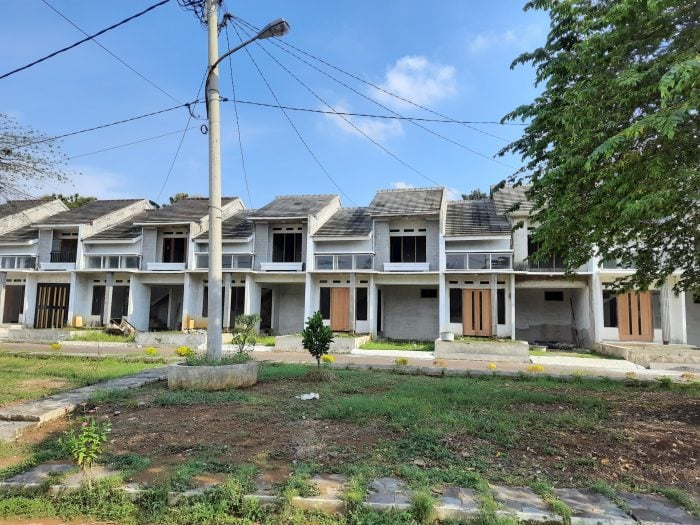 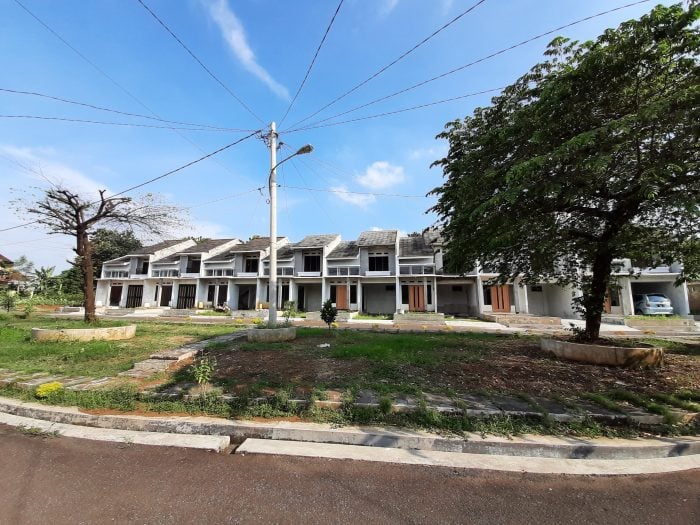 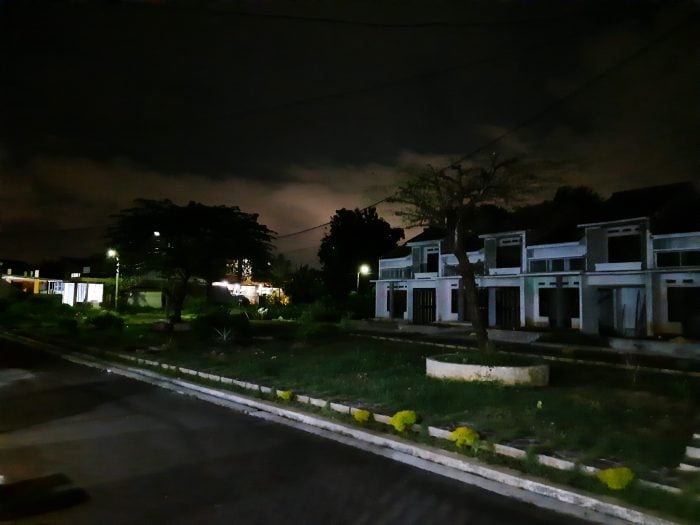 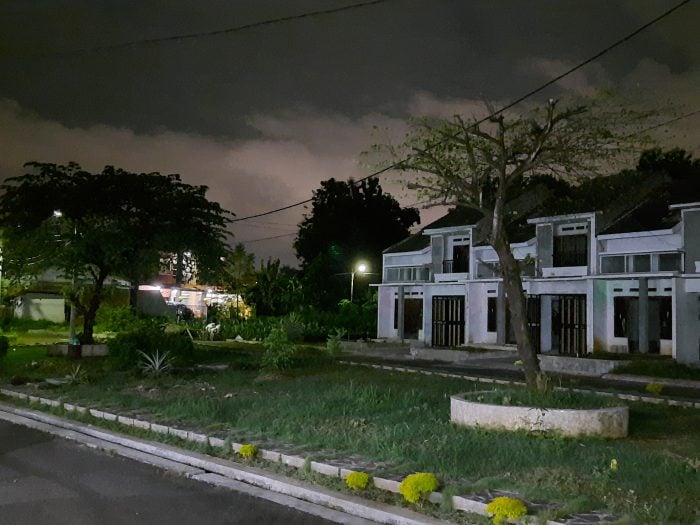 Galaxy M31 also brings a Night Mode mode to produce photos in dark situations with brighter. Night Mode will require photo processing that takes a few seconds longer than Auto mode. There is one oddity in the Night Mode mode, if this mode is activated then the picture looks somewhat enlarged compared to the Auto mode. 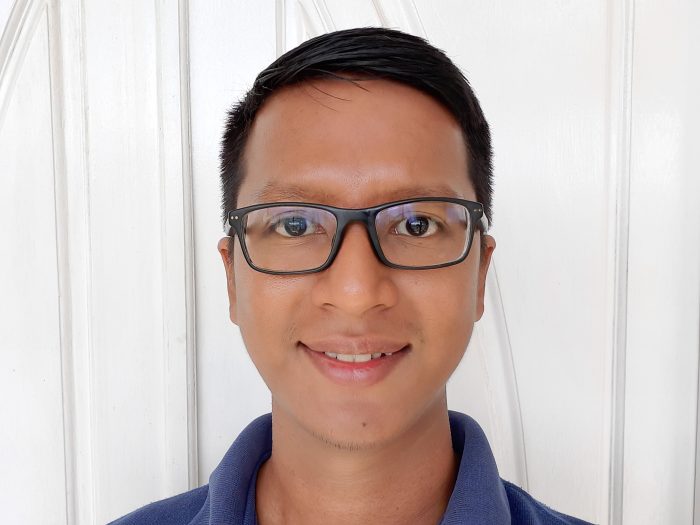 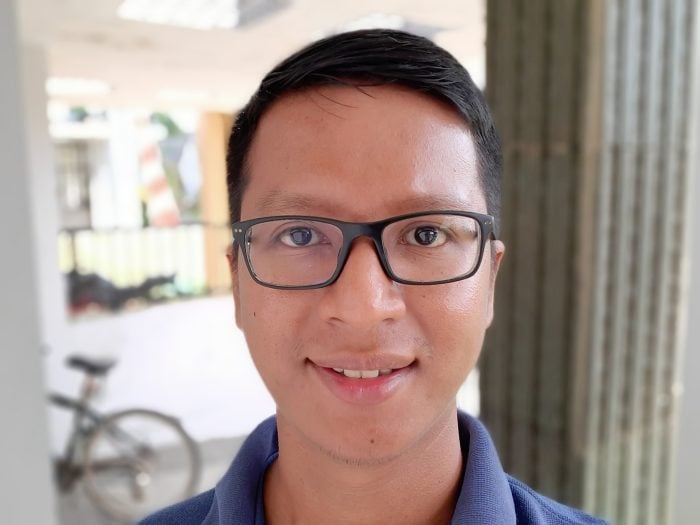 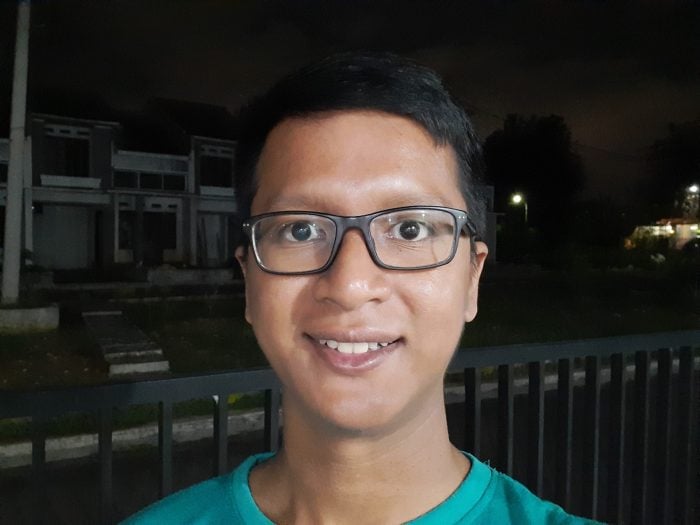 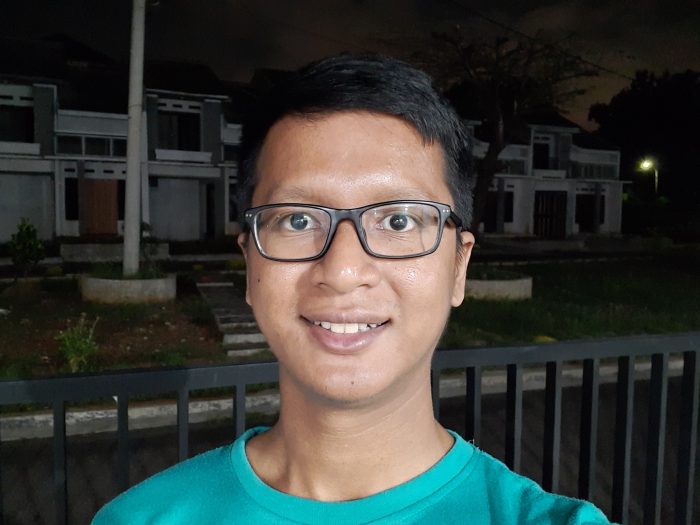 The front camera on the Galaxy M31 is able to produce photos of my face well. By default, the camera will produce a selfie that has a smooth face in Beauty mode. If desired, this Beauty mode can be deactivated or even more enhanced.

Live Focus and Night Mode are also provided by Samsung for the front camera so that the camera can produce bokeh photos and brighter nighttime photos. 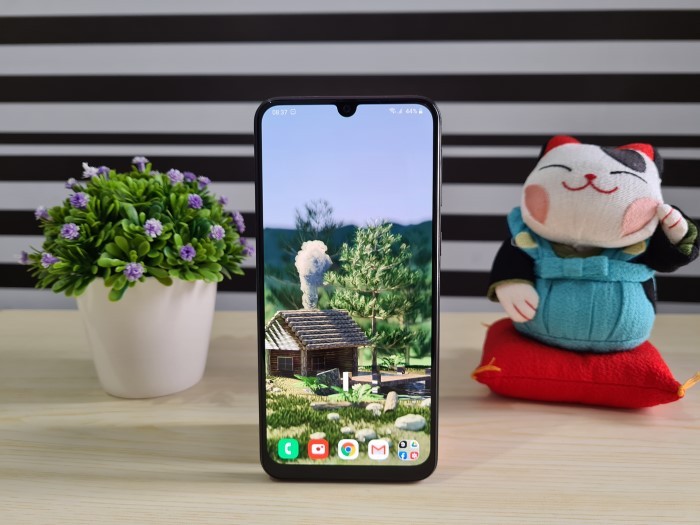 Overall Galaxy M31 offers a long battery life and also a capable camera. Although the performance is tough in playing games, but for everyday use often does not look smooth performance. Its large size and weight might make some people dislike this phone.

Fri Apr 10 , 2020
#kamisukareview – Ministry of Health and BNPB have appointed Halodoc as the first digital health service platform to launch access to COVID-19 rapid tests via the drive thru mechanism for the general public to conduct initial screening. And now they are collaborating with Gojek. As part of Halodoc's commitment and […]

OPPO Reno4 And Pro Release June 5, There Are Black And White

Do You Have to Have an iPhone SE 2020? The following advantages and disadvantages