This globally popular turn-based mobile RPG is celebrating its fifth anniversary. With a total of 60 million downloads worldwide and available in 150 countries.

New characters and in-game events are now available for fans of The King of Fighters and Seven Knights to enjoy.

Starting today, Seven Knights characters such as Rudy, Shane, and Rachel will be added in The King of Fighters Allstar as Fighter and Battle Cards that can be collected by players.

Two other heroes from Seven Knights, Dellons and Eileene, will be available for collection starting December 3. In addition, players can get a free gift of Fighter Rachel just by logging in during the collaboration period.

Netmarble has also released a series of events for players to enjoy, namely:

The King of Fighters Allstar features fast action battles where players fight against a variety of enemies, bosses, and other team fighters. The excitement of this martial art is complemented by high-quality graphic wrapping, vivid colors, and super fast animated motion.

Furthermore, this game features all the legendary KOF fighters from '94 to XIV with over 130 fighters to collect, as well as many more seasonal events to come. 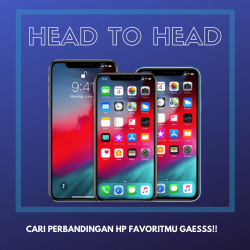 Supported by collaborations with well-known IPs such as TEKKEN 7 & SAMURAI SHODOWN, as well as a variety of additional content updates that can be enjoyed by players.

The King of Fighters Allstar can be downloaded via Google Play and the App Store in more than 175 countries and is available in English, Chinese, Indonesian, Thai, Spanish, Italian, French, Portuguese, Russian and German.

Regarding Netmarble, they are the world's leading developers and publishers who are constantly trying to push the limits of mobile gaming capabilities with a variety of innovative games such as Lineage2 Revolution, The Seven Deadly Sins: Grand Cross, Blade & Soul Revolution, and MARVEL Future Fight.

As the parent company of Kabam and the largest shareholder of Jam City and Big Hit Entertainment, Netmarble strives to entertain residents around the world of all ages by providing a variety of fun mobile games.

In Indonesia, Netmarble Indonesia was founded in 2012, and has collaborated with LINE by publishing the mobile game Let's Get Rich, as well as launching Lineage2 Revolution, Seven Knights, and MARVEL Future Fight.

TikTok is tightening its privacy features for users under 18

Laptop battery runs out quickly? This Solution and How to Overcome

Prices, Specs and Advantages of the Latest OPPO HP

GET PACKAGE FROM XIAOMI CHINA‼ ️